We're putting YOU in the drivers seat!

Hey guys,Here's my first ever attempt at a 1920s period piece for listing:ORIGINAL SOUNDING 1920's SONGS AND INSTRUMENTALS Ð of all styles - are needed by a successful Music Publisher who's had tons of great Film/TV placements for many TAXI members. Universal lyrics are necessary, if applicable. Vocal and/or instrumental performances must be top-notch! They offer a non-exclusive, 50/50 split deal - you keep your original copyrights. Broadcast quality needed (great home recordings are fine). Please submit one to three songs online or per CD, include lyrics, if applicable. All submissions will be screened on a YES/NO BASIS ONLY - NO CRITIQUES FROM TAXI - and must be received no later than Wednesday, December 9, 2009. TAXI #Y091209TW Did I achieve somewhere near that era?http://music.lizardmusiccreations.com/E ... 0.mp3Thank you. 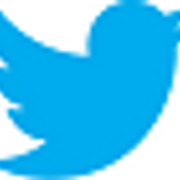 Sounds pretty authentic to me compositionally! The progression is spot on; very catch melody. Love the stride piano. My only nit is the horn section; particularly the lead trumpet. I'd think about replacing that sample, it screams MIDI to my ears. I also think that horn players in that era had a real intense/round vibrato that's important to capture. This sounds are like a Boston Pops interpretation of a 20's trumpet player, rather than say Bix Beiderbeck.cool tune, thanks for posting it and best of luck to youErich
Erich
http://www.ReverbNation.com/aerichgruber
http://www.taxi.com/teleblaster
http://www.SoundClick.com/Teleblaster

Thanks for the suggestions Erich. Going to see about that lead horn. Good idea. I was also thinking of raising the tempo a bit - I've heard (from my family-elders!) that the latter part of the era, up to the 1950's pre-rock&roll, tempos generally slowed down as compared to the early 1900's.

Funny, we must think a like, I'm working on a 20's tune too. This sounds really good. You might try a cornet sample if you have one instead of the trumpet, I think they were more common back then. You might simplify drumming as well. Sounds really good though, Dixieland is pretty ambitious.I wonder if they want it to sound authentic as far as the recording, you know midrange and scratchy?
http://www.soundcloud.com/jon-esler
http://www.taxi.com/jon-esler
Top

Thanks Elser. I was wondering about that too, about the sound quality. I'm thinking post-production the publisher can muddy it up a bit. It's so hard to guess at what they want. I may call TAXI up for clarification and let you know.

Nice tune going here. I believe that it's on the money from a composition standpoint.Aside from the other comments, I add that you may wish to re-visit the drums. Although the beats are correct stylistically, I don't think a 1920's player would have hung on the ride cymbal.I could be wrong, but this stood out to me.Good luck!Al
"Please don't tell Mother I am an accordionist. She thinks I play piano in a bordello." - Anon
Top

They don't mention that it needs to sound like it's from the 20s, they just mention the composition. I think you'd be limiting the usage by making the production sound like it's from the 20s. Chances are the sound team on the show will be able to do that pretty easily and they'll be able to make it fit into their aesthetic. Don't lock them in or it won't be used.The composition on this is right on the money. The thing that will hurt you are the horns. I suggest ditching the horns all together, except for the tuba. You don't need them, the piano is just fine for conveying the mood and vibe. Either that or hire a clarinet or trumpet player to play a solo for you. If you did that, I'm betting you'd get a forward.Also, your drummer plays the intro with brushes and then immediately moves to sticks on the ride cymbal. That guy's amazing! How did he do that so fast? I'd stick with brushes on the snare (no pun intended) and use a splash cymbal for accents only. The ride cymbal sounds too hip. Even a drummer playing this stuff today wouldn't use a cymbal that sounded like that. Find your trashiest small cymbal sample.Very very close.Mazz
Evocative Music For Media

mojobone
King of the World

Yep. Without guidance from the listing, I wouldn't try to make it sound like a twenties recording. (there's a plug-in for that) The lead trumpet feels a little stiff; some growls, bends, flutter tongueing and maybe a cap-mute wah could help sell it. Broadway Big Band and Samplemodeling's The Trumpet have the appropriate samples for that, don't know about your software. Composition is pretty much spot-on. Nice work!
The Straight Stuff; Roots, Rock & Soul

Quote:Also, your drummer plays the intro with brushes and then immediately moves to sticks on the ride cymbal. That guy's amazing! I know, Mazz, my drummer IS amazing. It's almost sounds like it was a SONAR sample or something!Thanks for the advice everyone...it's good to get that in early to make some adjustments.-Jeff

It sounds like some ragtime mixed with dixieland jazz to me, so sounds great!!!
Top
Post Reply
12 posts

Return to “Peer To Peer”